Is Truth Louder Than Alex Jones?
Can You Hear Me Now?

It's been a while since this subject has come up on my site, I find it to be anything but plesant.  After my experience in 2009, I had had my fill of it. At the time, I said my piece and moved on.  It's not like there's not enough other topics of deception, dishonesty, fakery, manipulation, and betrayal going on these days to discuss.  It's a veritable festival of fallaciousness!   More than enough to keep a pissed off old lady like me busy while waiting for whatever it is we're waiting for.

I took a fair amount of heat that 4th of July weekend (and on occasion still) when I dared tell my story.  Even though every single word was true then, and still is now, there are those who are so blind they cannot see.  Or, so deafened by a bull horn they cannot hear. So, they throw what they think is heat, because they don't dare consider the possibility that they are wrong, and have been deceived.  They are the ones that misplaced their trust.  I had nothing to do with that.  I can empathize because it happened to me; they may not know that. They have never met me personally so don't know who I am; they are bitching to a screen. The screen can't be right, the bullhorn says so.  Yes, the bull horn believers can be very defensive in a most offensive way, I'm here to tell you.  The crap has been irritating, at times; but it doesn't scare me, hurt my feelings, or dampen my resolve.  I'm not afraid of a bullhorn with a body guard, no matter who his lawyer is.  The truth is louder than Alex Jones.  Besides, I grew a much thicker skin back in the early days of  "chemtrails."  They threw their best at me back then, in teams, and I'm still here... so I'm pretty much troll proof these days.  My site's been hacked before...it would be back up, again....yawn.

Don't get me wrong, I can totally understand the push back, most certainly. Who wants to learn that someone is not who one believes, and then realizes one has trusted them in error?  Counted on them, believed in them, and been left hanging.  It wasn't fun when the realization hit me back then.  It's never fun when those realizations come.  In fact, it just plain hurts.  I'm sure after this, I'll get a few more emails lambasting me, insulting me, telling me all the "buts" (anything after but, is bullshit) ...calling me an agent, yada, yada, yada, yawn, yawn.  Whatever.   I believe that truth is louder than Alex Jones.  Can you hear me now?  Truth hurts, however lies hurt more.  Rip the bandage off, the pain passes quicker that way. Rip it.

A recent exchange prompted this page, along with current "revelations" that are circulating regarding controlled opposition and the Alex Jones Machine.   It was suggested that I should be louder, since so many are still spellbound.  I didn't much like the idea at first, as I said, I've moved on. Later, after thinking about it a bit.... I decided.... I can do louder.  Ask anyone who knows me. The other reason is the acceleration of the destruction and control ahead.  Some say its past the point of no return.  Silly me, I still want people to try and overcome the manipulation and think for themselves while they still can.  I have said for over a decade that when we get to the shtf point, discernment will be our best survival tool.  Hell, it's worth a shot. As dear les might say, we can't let Mr. Apocolypse have all the fun.


Here's the thing.  Anyone who has spent any decent amount of time investigating the issue has come to the most unfortunate conclusion that Jones is Scarorism for Paytriots. (thanks Poker Face)  It is what it is.  The truth is louder than Alex Jones.  Ask yourself this, "Would I rather have a bad truth, or a good lie?"  That's the bottom line here. Don't settle for the good lie.  There's WAY too much of that going on already.  Aren't you TIRED of it? Haven't you had ENOUGH? You watch, they'll be moving him "mainstream" with Jesse and Glenn soon.  Then will you believe it?    It's up to you.

Stop feeding the force that is trying to deceive you, distract you...destroy you. Understand the attempt at credibility by osmosis.  Using good people to gain the trust of others, that is not deserved. Never offering solutions, selling out, feeding the fear factor, taking money from paytriots, telling half truths, trading exposure for "credibility", silencing true dissent, censoring others....outright lying.  Don't believe it.  It's not real. Don't take the hook just because they think you are the fish, and you're scared. You can be scared, however, you are not a fish.  Prove it.  You do not need to swim in a school. Think for yourself.  Look at the whole picture. Consider the source, carefully.

You see, there are more, and more, and more +1 out there figuring it out every single day; as it should be.  Bill Hicks said, "Entertainment is a weapon." for a reason.  As the truth continues to be louder than Alex Jones, because truth has a way of doing that, especialy these days...those associated with him will also have to decide...bad truth, or good lie?  He's turned on plenty of others over the years, YOU could be next.  Birds of a feather, fluck together, as they say.  The money/orders/exposure should be the least amount of concern. For crying out loud, connect the dots. You deserve better. We all do.  Don't settle. There are better problem solvers out there.  I know it hurts.  Rip it. Time is short. The jig is up.  Sorry.  Truly.

Truth is louder than Alex Jones.
Can you hear me now?

So there you go. That should give you something to start with.
There's plenty more out there.  You only have to do your own research
The story tells itself.  That's how truth works eventually.

The truth is louder than Alex Jones.
And you can handle the truth.
You can get angry with me if you want.
It won't change anything, and will only be energy better spent on the present.
Sorry, truly.

Rip it.
Rip it good. 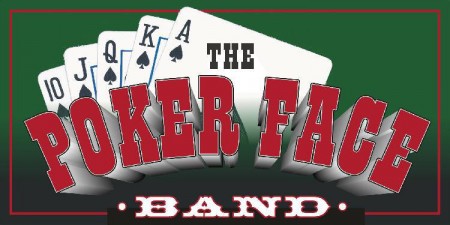